​​​COLLEGE STATION – COVID-19’s impact on the economy can be summed up in one word: disruption. Disruption in the single-family construction market in many ways mirrors that in the overall housing market, with shocks on both the supply and demand sides.

Sales decreases vary considerably by construction stage. At the national level, the biggest pullback in new-home sales was for homes that hadn’t begun construction yet, according to U.S. Census Bureau data. New homes either currently under construction or recently completed also retreated but at a much smaller magnitude.

“The supply side is showing signs of chaos as well,” he said. “A precipitous drop in new-home listings through the MLS followed poor new-home sales. This squeezed statewide inventories to less than four months, the lowest level over the past ten years.” 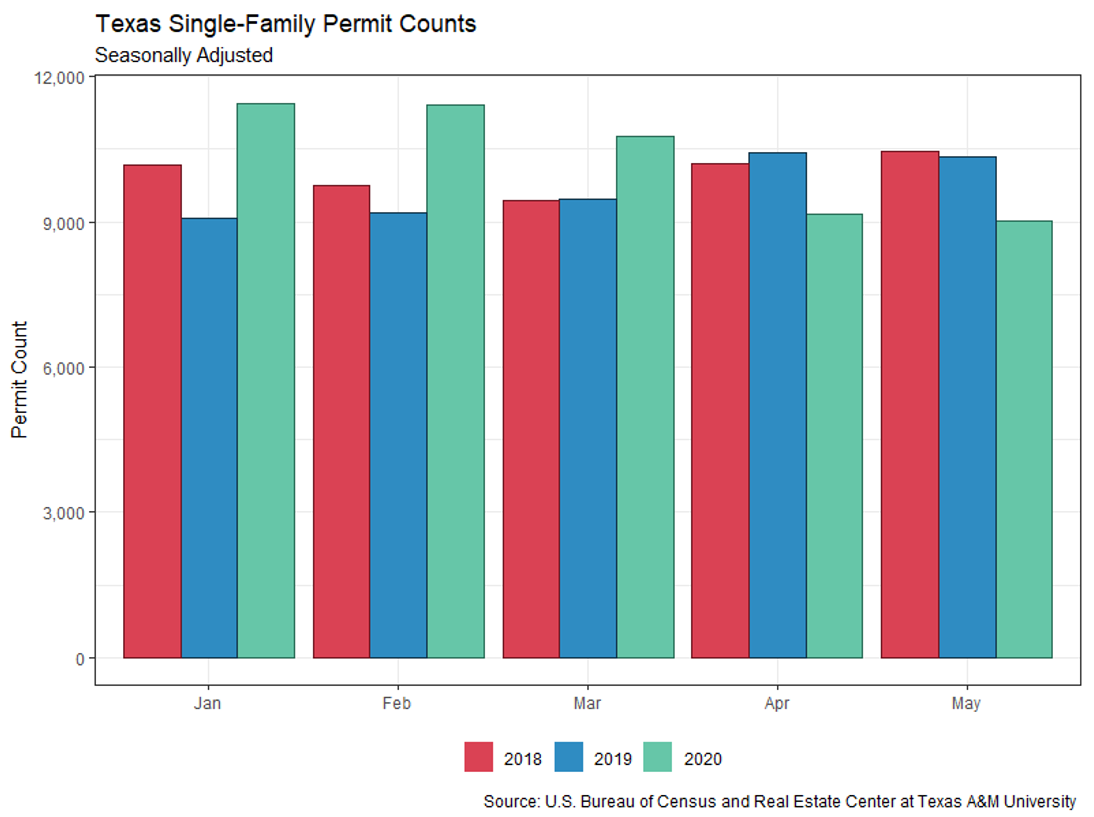 Construction input costs also fell dramatically in April but gradually recovered in the following months, according to data from the Bureau of Labor Statistics (BLS). This shock is in large part due to similar turmoil in energy costs, specifically the oil industry, BLS data show.

Nationally, construction labor also had a knee-jerk moment with a wave of layoffs in April, knocking total construction employment back to 2018 levels.

“There has been some recovery in this sector, but how much and for how long isn’t for certain right now,” Roberson said.

Nationally, job openings and rehires had a strong comeback in May that nearly matched the total separations from April, according to the BLS. Texas construction employment made a recovery, but it was comparably modest, falling significantly short of April’s job loss.

“Like many post-COVID industries, Texas’ new-home market may be stuck in a game of red light/green light with the virus calling the shots,”” Roberson said. “National builder sentiment improved considerably once the lockdowns began to relax and foot-traffic improved. Unfortunately for Texas, building permit counts for single-family homes haven’t recovered and are currently low when they should be high due to summer seasonality. This likely means bad news for future new-home sales, which means builder sentiment could recoil.”